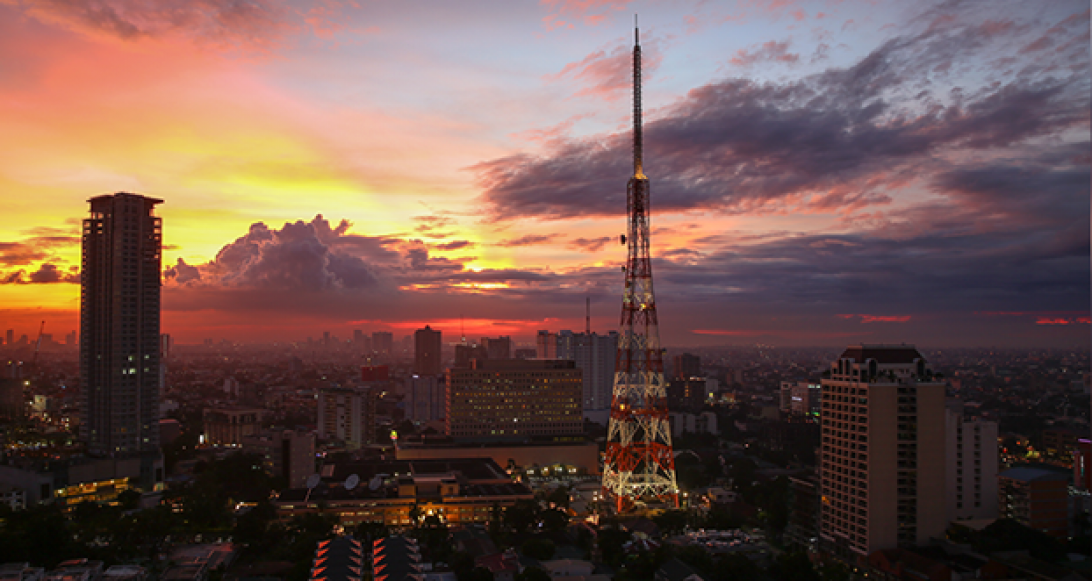 MANILA CITY, Philippines – When will that show end?

Some netizens asked this on the show Ang Probinsyano (Brothers) as they are impatient on watching it. With the program running for three years, many wonder on the show’s happy ending. This is also amid rumors that PNP Chief Oscar Albayalde will withdraw support over the show on supposed degrading image of policemen.

According to Coco Martin, who plays the role of Cardo Dalisay, Ang Probinsyano will have no ending. Primary reason was that aside from being a director, he is also the creative consultant of the show. “Araw-araw, challenge sa amin ang mag-improve. Dumadami rin ang mga suggestions nila sa akin.” (Everyday, it’s our challenge to improve. The casts are also adding their suggestions.)

“Nagagamit ko ito pag magdidirek kami. Di pa kami nauubusan ng idea, kaya tuloy pa rin ang taping.” (I use these everytime we direct the program. We have never ran out of ideas, so our taping goes on.)

Aside from the immortality of the show, other netizens noticed the non-stop zoom-ins on faces of various characters, which made their heads dizzy:

The primetime actor replied, “Wala pa kasing nakakagawa ng ganyang diskarte. Para maging pang-action ang dating.” (No one had made this strategy. This makes the show look like an action-packed one.)

On the number of zooms that are in place since Ang Probinsyano started, a netizen had counted it in a given day as follows:

If this was the average, total number of zoom-ins and zoom-outs will run to 179,400 zooms. He then wanted to rename the program as Ang Zoom-in-syano. (The Zoomed-in Brothers)

A chat discussed the never-ending role of Susan Roces as Lola Flora in the show:

(A: Till now, Lola Flora is worrying about Cardo!
B: Lola Flora is fortunate because of Ritemed. Without it, she won’t last in the show.)

This was discussed as Susan Roces, wife of Fernando Poe Jr. who played also as Cardo in Brothers (1997 original movie), took on the role as grandmother of Cardo Dalisay.

With Coco’s role mostly being vagabond and bandit, and with endless episodes, Susan’s role demands her to be stressful. At the same time, she is an endorser of Ritemed (low-cost branded medicine) which helped her beat stressful tapings.

Seeing the meme giving a definite ending date to August 25, 2048

, Coco Martin had decided with finality to extend the Season 1’s program up to 225 million years A.D.

The team will not just focus on politicians but also on return of the dinosaurs. Future dinosaurs trample people and compete with humans for food. Worse, they even eat human flesh.

Season 2 will be named as Ang Probinsyano: Ang Pagbabalik (Brothers: The Comeback) which will revolve on Cardo Dalisay and his group (New Vendetta) battling aliens invading Earth.

“Magle-level up na si Cardo dahil hindi na lang niya ipagtatanggol ang bansa, kundi pati na ang buong mundo. Ano ang hitsura ng mga aliens? Excited kami sa puwedeng gawin ni Cardo sa Season 2.” (Cardo will have improvements in his role as he will not just defend the country but also the whole world. What would aliens look like? We are excited on what Cardo will do in Season 2.)

End of the world 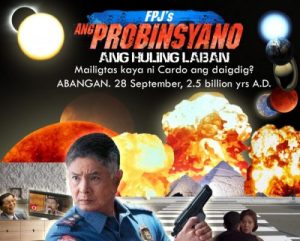 Meanwhile, Season 3 will be named as Ang Probinsyano: Ang Huling Laban (Brothers: The Last Battle). The future program will show the greater role Cardo Dalisay will play as he will save the Earth from the Sun’s destructive heat.

“Kaya, walang ending ang programa. Hangga’t may kuwento, hangga’t gusto ng mga Pilipino, nandiyan pa rin po Ang Probinsyano.” (Therefore, the program will not end. As long as there is story, and as long as Filipinos like it, “Brothers” will still be there.)

In the other news, Africans had released their intent to air the never-ending show. In a Facebook post:

“Our recent poll result shows that [Africans who love Filipino programs] prefer Coco Martin thriller teleseryes to melodramas. We are hoping his action-packed teleserye Brothers which has been airing for over two years airs soon in Africa.

…It [might not air] in Africa due to [the long story line, that] currently has over 500 episodes.”

The international sales division of the network expressed that they “knew already that our viewers overseas would be thrilled by this action-packed show, and some might get bored about it. But what’s important is that we entertain them as much as we entertain Filipinos.”

“Our worry is this: Would they watch it till forever? Only time will tell.”